Determination of phytohormones in plant samples

Abscisic acid or ABA was originally believed to be involved in abscission, which is how it received its name.
This is now known to be the case only in a small number of plants.
ABA-mediated signaling also plays an important part in plant responses to environmental stress
and plant pathogens.
The plant genes for ABA biosynthesis and sequence of the pathway have been elucidated.
ABA is also produced by some plant pathogenic fungi via a biosynthetic route different from ABA
biosynthesis in plants. 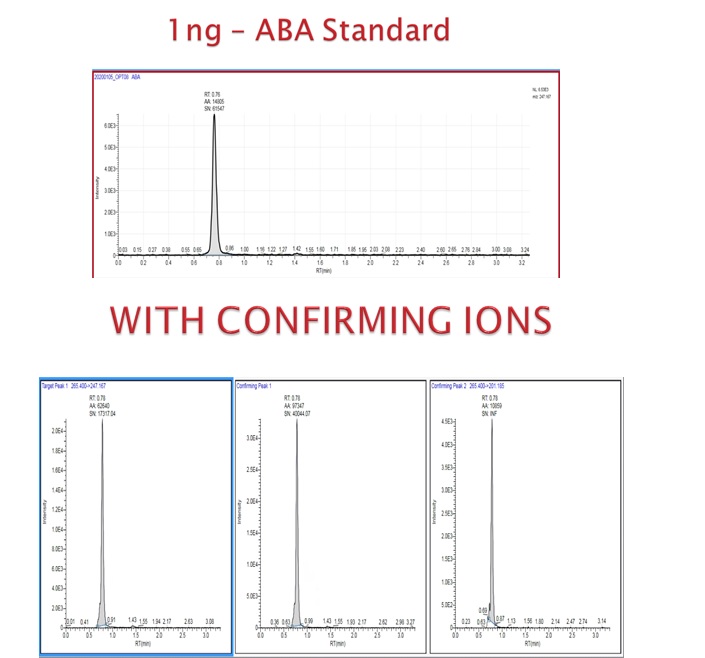